music and the internet

The music industry's use of the Internet has come a long way. Let's face it, the Internet was killing music. Digital rights were a problem. Device compatibility was too. Streaming services came next. Big Data and analytics have played a big part in the positive evolution. 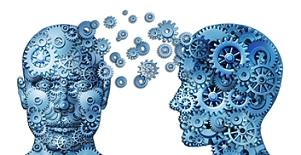 What's been moving the evolution?

Recommendation engines designed to make the perfect playlist is redefining the dynamics of the music industry. The relationship is creative between listeners and music. This relationship has built a new horizon for the music and the listener.

In the past, the record industry had limited ways to learn who was buying LPs, cassettes, or CDs. Downloading allowed record labels to begin tracking listening habits and making recommendations like Amazon does for books.

All the listening is up for grabs. The industry wants to gain a deeper understanding of its customers and the music.

Raw music is unstructured data because it is easily digitized. It can be quantified and analyzed. Since 1999, the Musical Genome Project has been structurng music data by manual classification as well as automated algorithms. Up to 450 data points are used. 30 million songs are in the database.

The Musical Genome Project was developed by Pandora.

The Internet of Things could be finding its place in music. The streaming model is popular. Look for crowdfunding platforms to spring up. Live streams translate into revenue streams.

Data Analytics is the driving force.