In 1977, the year I graduated from high school, Elvis Costello hit the music scene in a big way.

"My Aim is True" was originally released on July 22, 1977 in the United Kingdom. New York based Columbia Records were planning a major release of the album in the U.S. later that fall. Costello was looked at as being a highly marketable artist. One item to be overcome was popularity. How to make an artist popular. This is not an easy obstacle to take on. It still isn't. 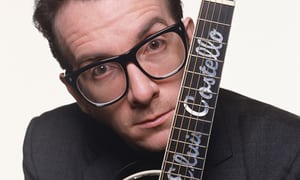 Columbia Records executives knew they had an amazing product. They actually had two products: the album and Costello.

Columbia went to work. The various departments (radio promotion, sales and publicity) went to a truly combined effort. On November 11th, just a few days after the album's release, the record label received some great news. Rolling Stone Magazine had selected "My Aim is True" as its major album review.

Costello was signed to Columbia after he had performed at a senior management conference in London. What struck the record label's interest was that Elvis Costello was a very serious artist. He had a flamboyant and exciting stage presence which he transformed into a magnetic force where he became one with the audience. The record label though, did not want to promote Costello as a punk-rock artist. So much so, that a memo was distributed among the label's leadership stating he was not a punk rock artist.

Costello, at 23, was a publicity department’s dream. He was a strong songwriter and artist. The music press, major newspapers, and mainstream magazines were all doing major features on him. One item that helped was that his first name was Elvis. Elvis Presley had died on August 16th of the year. That name "Elvis" was staunchly in the minds of the American public. I can't help but have the attitude that this helped. Costello and his new band, the Attractions, were booked for a national club tour, with most tickets reserved by the label for radio, press and retailers. 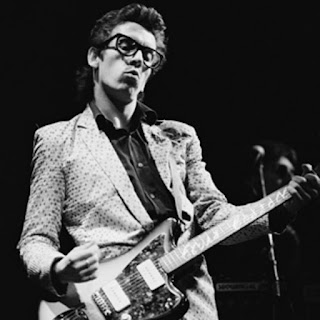 Costello on the map, and the album—with such favorites as “Watching the Detectives,” “(The Angels Wanna Wear My) Red Shoes” and “Welcome to the Working Week”—would peak at just #32 on the sales chart. Elvis was nominated for Best New Artist at the 1978 Grammy Awards.

The Best Classic Bands post: Elvis Costello's 1977 US Launch: The Inside Story was the source and inspiration for this post.