There has been a slip in sales of music CD's. Music stores are getting rid of CD space and making room for vinyl sales product. Vinyl has strummed a nostalgic chord. 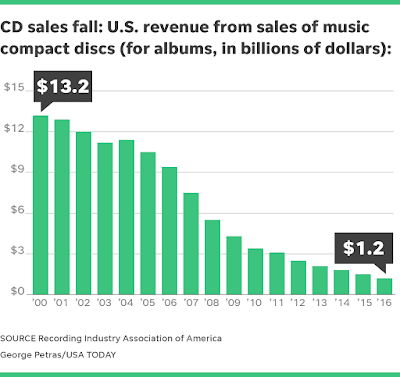 As the chart above shows, the decline in sales has been on a steep slide. CD's are still viable with consumers going for certain genres like country and soundtracks. It does boil down to less CD sales.

Vinyl has made a comeback. Vinyl sales started to climb in 2006. Vinyl sales hit a 25-year high in 2017. Vinyl is seen as the medium of the den and the living room. 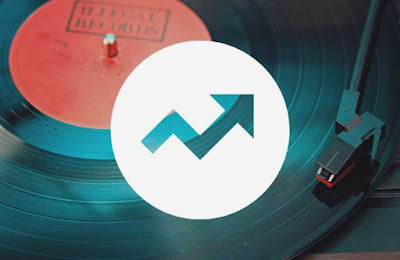 Streaming has increased among consumers. The car and the kitchen are the most popular streaming locations.

CD's are still needed, especially for touring acts. It's so much easier to sell CD's at the merch table.

This Rolling Stone article is the source for this post.

Posted by Mike Bertelsen at 7:45 PM