The Des Moines entertainment schedule includes an event that’s sure to be a hit with alternative rock enthusiasts. 409 Entertainment announces the return of The Black Order with special guests Battle Red and Shatter. The show will be held at the House of Bricks, 525 East Grand Ave., Des Moines, IA on Wednesday, October 8, 2014. Doors open at 5 PM. 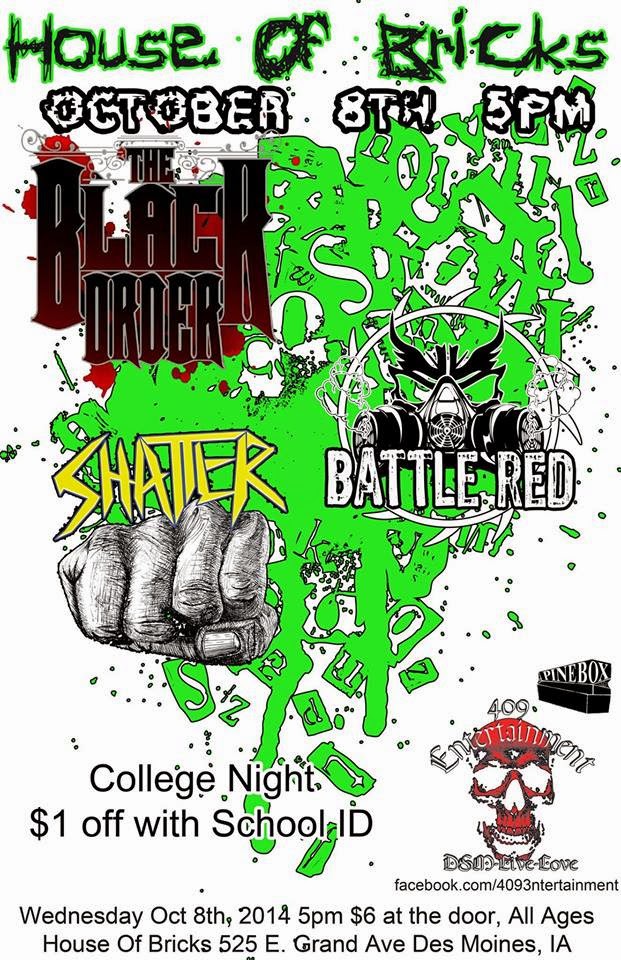 The Black Order was formed by guitarist and vocalist Ian Yaicher and first received recognition in 2008 for a three song demo. They are a prominent attraction in northwest Ohio and have played with Pop Evil and Sevendust.

Battle Red is from Davenport, IA and is currently recording a new CD. They have performed extensively throught Iowa and western Illinois.

Shatter has played opened for Megadeth, Tesla, and 3 Doors Down. They are from Clive, IA.

Share this event on Facebook and get a free 409 Entertainment can koozie at the door. Have the most shares and receive the autographed poster of this event.


Sell music on Amazon at ReverbNation.com

Learn how to place music on itunes at ReverbNation.com

Learn how to put a song on itunes at ReverbNation.com
Posted by Mike Bertelsen at 1:40 PM