CNBC reported today that there was a spike in tickets being refunded to Progressive Field in Cleveland for game seven of the World Series. 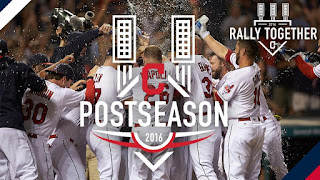 The ticket unload was started by Cleveland fans. They unloaded tickets by the thousands. This selling created a flood of tickets to hit the market.


This means the excess will be bought up by Cub fans!

Basically, Cleveland Indians fans have given up.

37% of the "new" tickets are coming from Chicago fans and 22% from Cleveland fans. Almost 25% of the seating capacity for tonight's game is coming from the home team's fans. Extraordinary!

Posted by Mike Bertelsen at 6:09 PM